Previous Next
A Mother’s Constant Worry

When Ava was 4 she suffered with a febrile convulsion very out of the blue and was told it very common in young children, however over the next few months she experienced a lot more, we still got told they were febrile convulsions.

It was only when she had 8 seizures within a few hours of being in hospital that the doctors were sure there was more too it, after many tests and scans she was diagnosed with epilepsy, the medication started.
5 years later she hadn’t had a seizure for over 12 months so was slowly weaned off the medication and we were so pleased and she did really well. 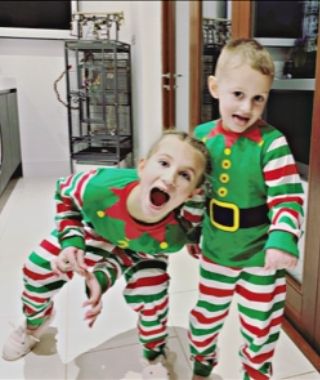 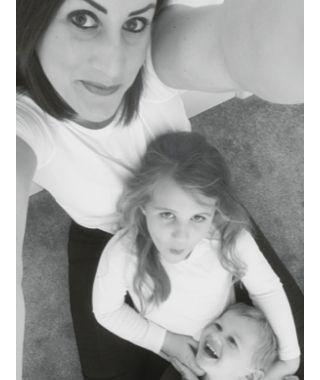 Unfortunately out of the blue she had a seizure at school thinking it was just a one off so Ava carried on as normal, then she had another and another whilst on holiday Ava was then put back on her medication and will stay on it now until she goes through puberty, it’s very deflating however I know she can overcome this again and she will be fine! We have all our fingers crossed 💜

As she is slightly older she panics if she starts feeling dizzy as this is one of her first signs of a seizure as she’s much more aware of having them, she can get quite anxious.

She’s doing well at school she did struggle however she has a tutor and a lot of support at school and is progressing well now.

When Harry was about 4 my mum noticed he was having peti mal seizures as my brother had the same type when he was younger, so we took him to the doctors and he was put on meds, most of the medication didn’t work he was having and Harry sometimes had up to 10 before even leaving for school!

The medication affected his concentration, memory and made him tired, which made him then have more absences.

He had so many ecg’s, CT scans and eeg’s I lost count.

Finally in 2021 his absences stopped, however he had started having tonic clonic seizures, some of them horrendous, he wouldn’t come out of them and most of the time emergency meds were needed, the worst times was where he wasn’t even responding to the emergency meds and he had to be bagged and was in resuscitation as a mum it’s the worst thing you can ever see, he’s still having them now and we aren’t still fully in control of them and it worries me every day, I try not to let it stop him doing things but ultimately they sometimes have too, they are triggered by not sleeping well, not eating properly, if he’s poorly and if he’s not drank much.

He tends to take it all in his stride, he struggles with school work and has a EHCP in place now to help with lack of concentration.

We have to make sure he’s watched in bath/shower also whenever he’s climbing or doing anything that if a seizure happened he was safe.

It’s a constant worry, I wish more awareness was made for epilepsy.

I don’t think people really understand what an awful and debilitating condition epilepsy really is.

I’m doing 50 miles in Feb to raise awareness and raise a bit of money for the charity, hopefully my children will grow out of it but at the moment I’m taking each day as it comes. 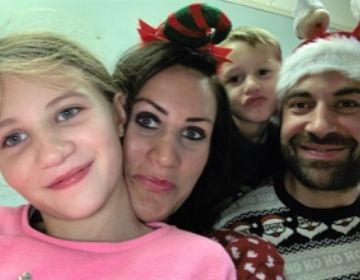