What is the ketogenic diet for epilepsy?

The Ketogenic Diet is a high-fat, moderate protein, low-carbohydrate way of eating. By restricting carbs and sugar the body goes into a state of ketosis, which is where the body burns fats/ketones instead of glucose/carbs/sugar. When there are very little carbohydrates in one’s diet, the liver converts fat into fatty acids and ketone bodies. The ketone bodies pass into the brain and replace glucose as an energy source, it is this elevated level of ketone bodies in the blood, which is known as ketosis.

Video courtesy of Outside Magazine

The Birth of Keto: A Less Restrictive Treatment for Epilepsy

A doctor named Russell Wilder from The Wilder Clinic recognised the dangers of fasting for children and explored different diets to see if something else might see a similar response as fasting. He discovered that you can mimic the effects of fasting by avoiding sugar and eating a higher fat, low-carb diet. He tested this diet on children with epilepsy (with a very positive outcome) and his diet became the main pediatric epilepsy treatment for many years. Wilder’s discovery was the birth of the ketogenic diet.

It wasn’t until the 1970s, when consumers expressed interest in weight loss and dieting, that the ketogenic diet was reborn. But its comeback wasn’t immediate.

The following timeline showcases the slow but steady growth in keto popularity and uses.

A cardiologist named Dr. Atkins publishes the book Dr. Atkins’ Diet Revolution expounding his years of medical research on low-carb dieting for weight loss and heart health. This puts the higher fat/low-carb way of eating on the map.

Dr. Phinney, a physician and scientist who spent his life studying nutrition, authored The Last Chance Diet— a book promoting a fat and protein drink diet that he developed. However, this drink he created lacked necessary minerals and people became  sick, some even dying.

Dr. Phinney creates The Optifast Diet—a nutritional program centered around fat and protein drink products he created, but with minerals in it this time. Oprah endorses it and keto research picked up.

NBC aired a Dateline TV special that featured Charlie, a 2-year-old who suffered from epilepsy. Charlie’s parents tried everything to help their infant son, but he still suffered from seizures, sometimes upwards of six per day.

Unresponsive to medication, Charlie was running out of treatment plans, so his parents sought out one of the few remaining physicians who was still prescribing the ketogenic diet to epileptics.  Charlie was put on the Keto diet for five years and never had another seizure.

Soon after, the amount of keto-based research skyrocketed, with doctors studying the diet in combination with dozens of other medical conditions. Most notably, dieticians started prescribing the keto diet for those looking to lose weight.

Weight loss was a known side effect of the ketogenic diet, but it took until keto’s revival to really take off with everyday people. The ketogenic diet quickly became the hottest diet trend, with influencers, celebrities, self-help gurus and podcasters all giving the diet a try and spreading their experiences online. 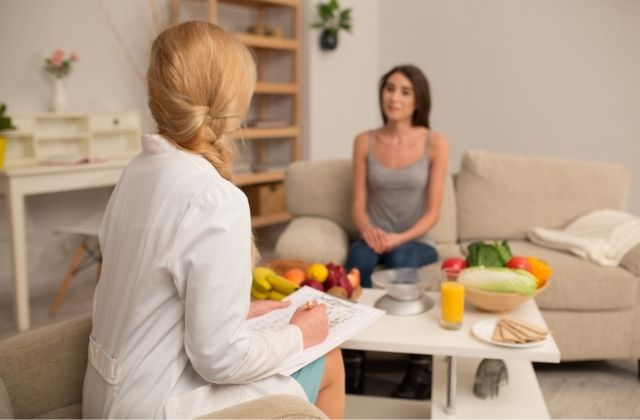 Although originally used as a treatment for seizures and exploring neurology, our predecessors knew the health benefits of a ketogenic diet. Today, keto research is mounting and we are continuously uncovering new, positive side effects and ways in which the keto diet can benefit health and well-being.

Regardless of your reason for interest in the classic ketogenic diet, always consult with your physician or dietitian or nutritionist before beginning a new dietary regimen.

Doctors usually recommend the ketogenic diet for those people whose seizures have not responded to several different types of medicines or before going down the surgery route.

How many carbs can I eat?

This really depends on your particular needs. Every person’s carb requirements are different. The strictest recommendation is 20 grams or less especially at the start of a keto diet. 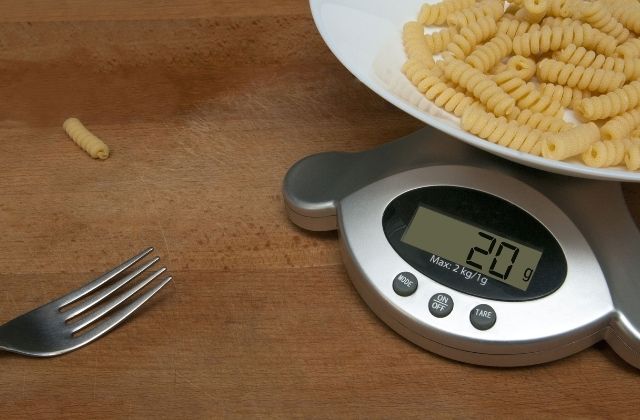 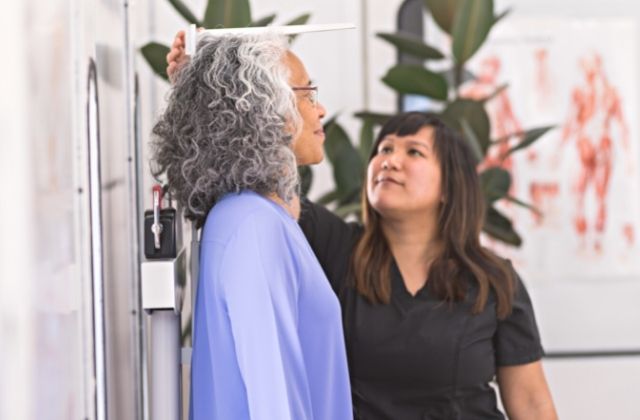 Before Starting the Ketogenic Diet

Referrals for the diet are made by your neurologist. Before starting the diet, you will need to see the ketogenic team and have the following:

If the team are happy for your child to start, an appointment will be arranged with the dietitian who will discuss the individual diet plan with you. The nurse will teach you how to do a finger prick blood test to check your blood ketone and blood glucose levels and will discuss what to do if you are unwell.

When You Start the Ketogenic Diet

Once you start the ketogenic diet, the dietitian will be in touch with you regularly by phone or email to discuss how the diet is going, as well as to monitor your weight and blood ketone levels. They may advise changes to the diet during this time.

The ketogenic team will follow you up after three months of starting the diet to check whether the diet is still the most appropriate treatment option.

The ketogenic team will ask you to keep a ketone and seizure diary to help best manage and adjust your diet.

It is important to follow the diet as the dietitian has advised, and to weigh and measure foods carefully. If you have any problems following recipes, or have concerns about side effects, you should discuss these with your dietitian before making any changes.

The diet may be weaned after approximately two years to evaluate the benefits of the diet and whether or not to continue with the diet.

What Is Required at Home? 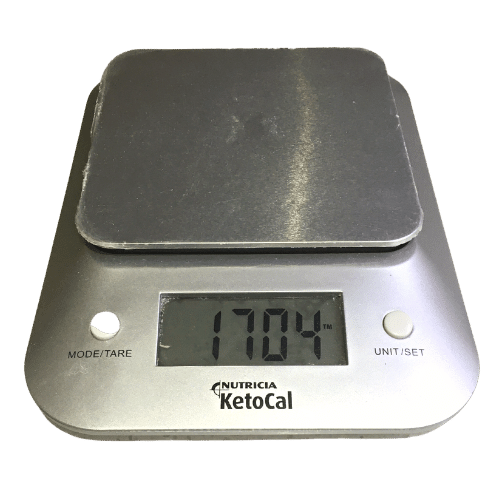 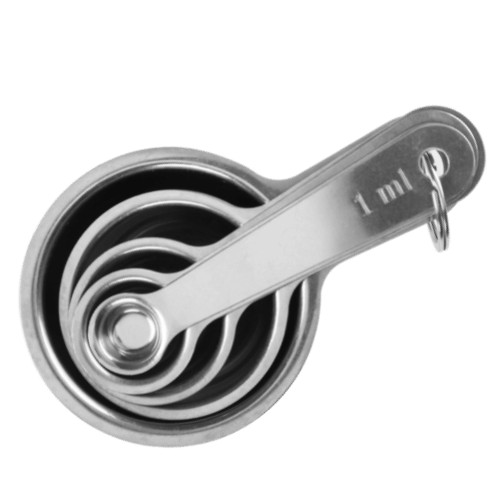 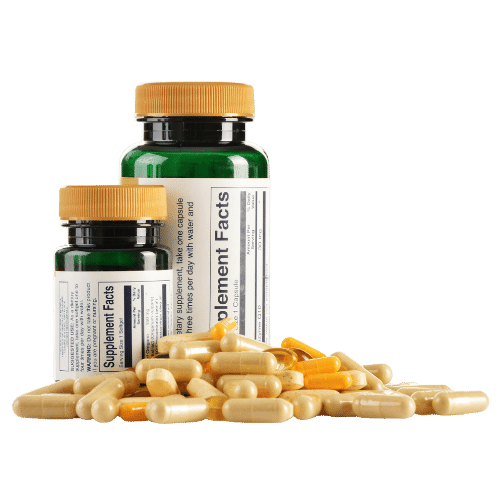 Vitamin and mineral supplements as advised by the dietitian 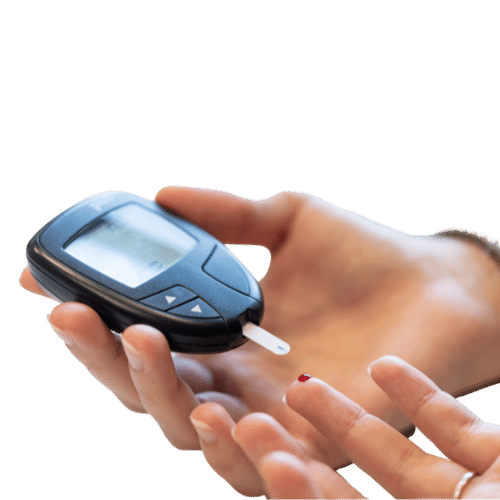 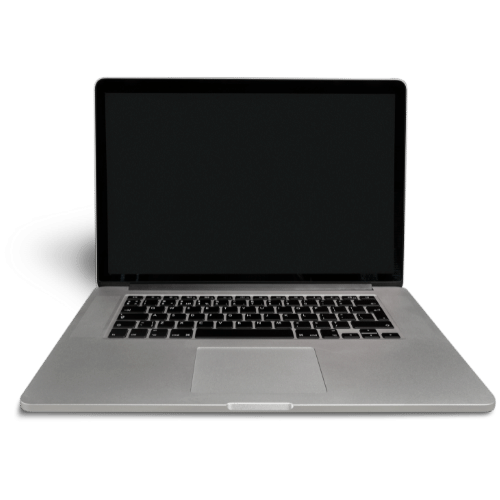 There are different types of ketogenic diets which are used. The ketogenic team will advise on the diet most suitable for you. The dietitian will calculate the diet to ensure that it is safe and nutritionally adequate. For certain types of the diet, some special products may be needed which are available on prescription. 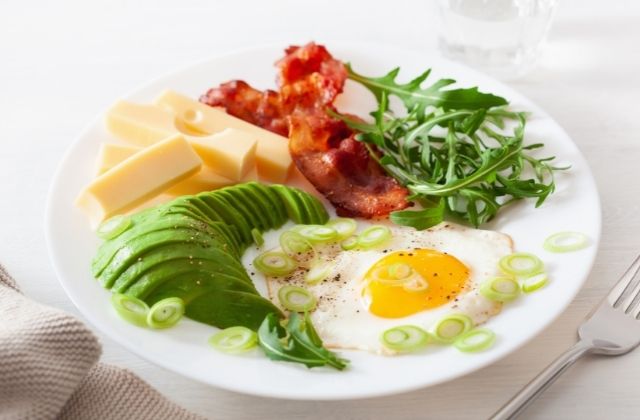 What Food Can You Eat on the Ketogenic Diet? 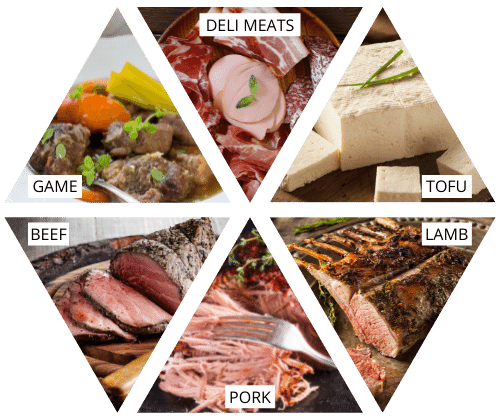 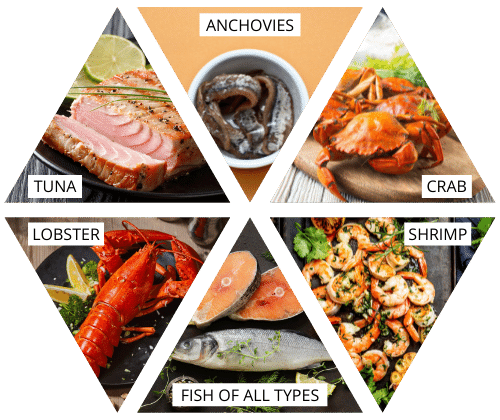 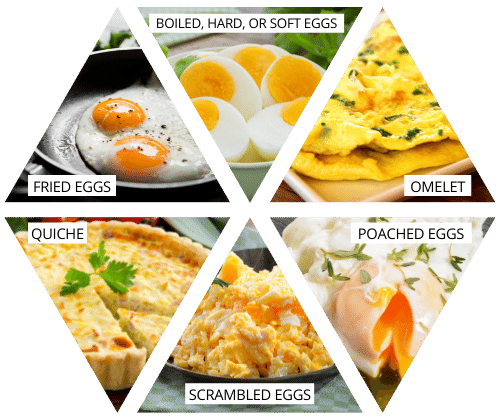 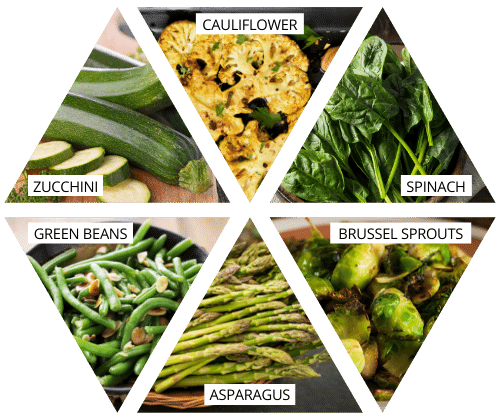 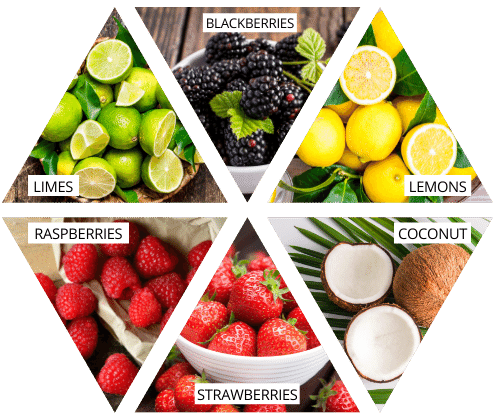 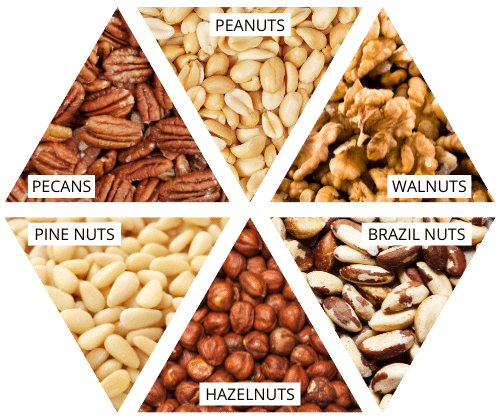 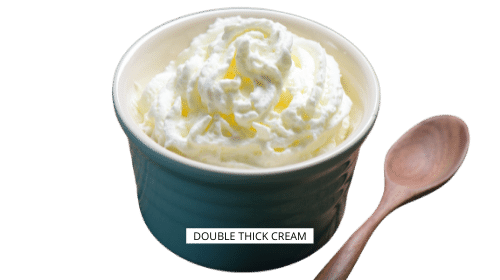 What Should I Avoid on the Keto Diet?

Avoid high-carb foods, such as: 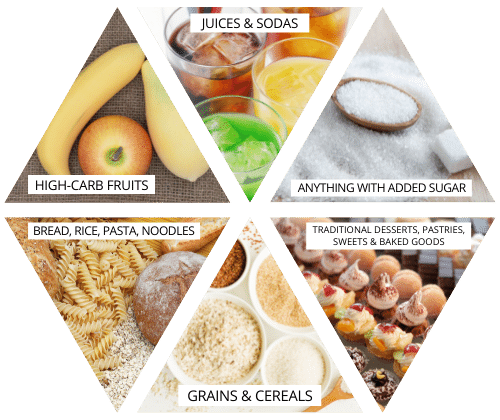 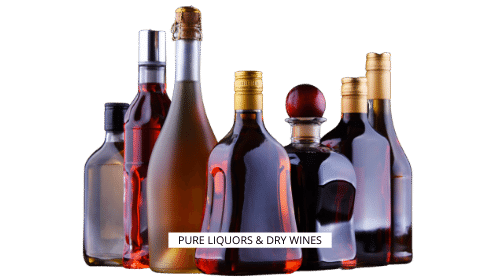 Can I Drink Alcohol on Keto?

Yes. High-carb drinks are a no-no (such as cocktails, sweet wines, and most beers, for example), but as long as you stick to pure liquor or dry wines, you can definitely enjoy a glass or two.

Many people notice they get drunk much quicker on keto, so keep that in mind, and go slow. Moreover, alcohol has calories and your body needs to burn it before everything else, so make sure to track it, if your goal is weight loss.

Ketosis is a metabolic state where your body starts using fats for fuel instead of carbohydrates. To reach ketosis, you must first reduce your carbohydrate intake to limit your body’s supply of glucose.

Are There Any Side Effects of the Ketogenic Diet?

Everyone experiences varying side effects, as with any other epilepsy treatment. Common side effects of this dietary therapy include: 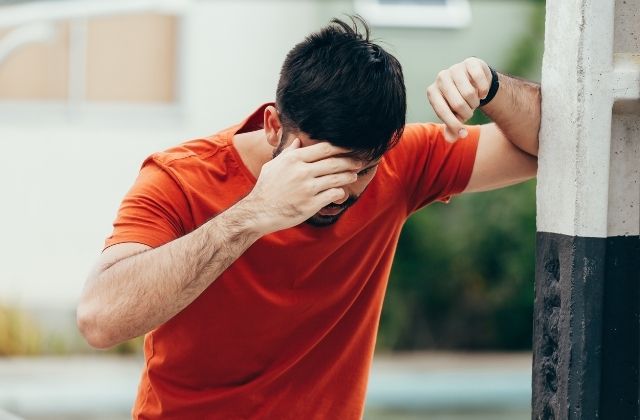 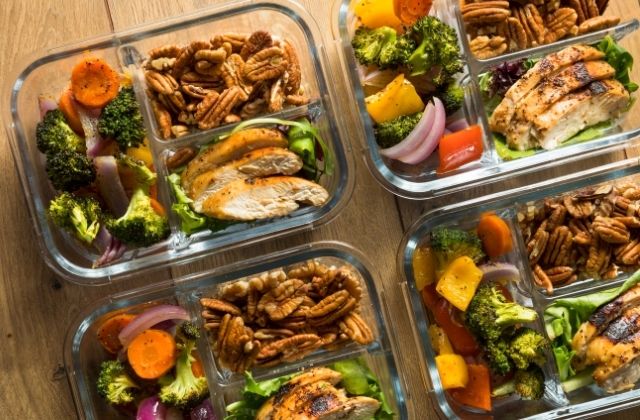 Cons About Being on the Ketogenic Diet

A modified keto diet may provide benefits beyond epilepsy management. 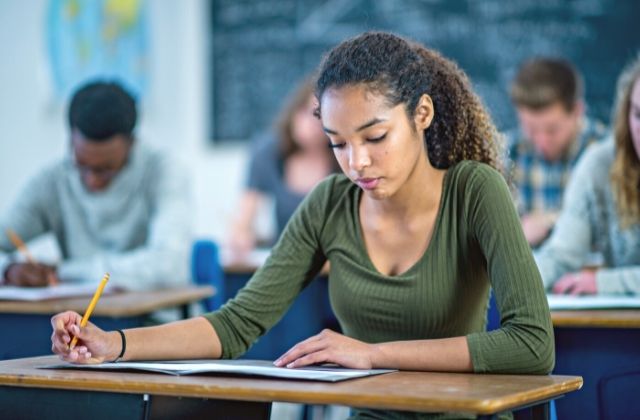 This can fit into your family schedule, but it takes practice and gets easier as you adapt to the new routine. All food or formula needs to be weighed daily and each meal must be eaten in its entirety.

The diet is very restrictive, especially for a young child

It controls the type of food and the quantity of food. Some children may feel isolated at school, because they cannot eat “normal” food. Many are just unable or unwilling to follow it, but most find it a far better alternative than frequent seizures.

(although this can further limit already narrow food choices). The dietitian will be a great resource for you along the way and can help calculate the diet with foods your like.

There is a chance that, no matter how closely the diet is followed, it might not work for some children or adults

Celebrities Who Have Tried the Ketogenic Diet

The Voice for Epilepsy is holding an event 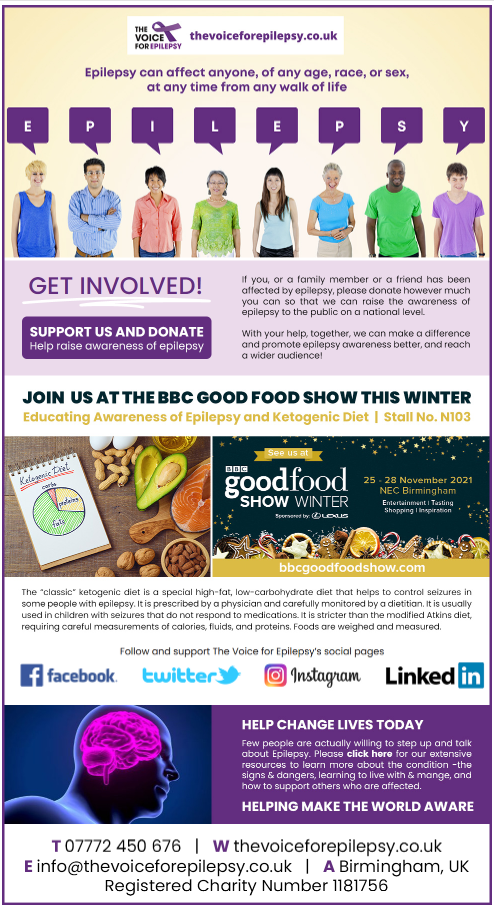 Few people are actually willing to step up and talk about Epilepsy. We need to make the world aware of the impact Epilepsy has on so many and find a cure. Without a cure, there are far too many people who will never have relief from seizures.