Previous Next
Living with Epilepsy Story

This is Fred Kiserem’s living with epilepsy story

When Fred Kiserem first convulsed 2012 while at work in Basra, Iraq, he did not think that he would later be diagnosed with epilepsy, a chronic illness that causes unprovoked, recurrent seizures. He did not visit the hospital, neither did he tell his employer in order to secure his job. The seizure attacked again after one month, but luckily it was around the time Kiserem was travelling back to Kenya for a six-month vacation.

The 35-year-old says it is while back in the country that he went to seek a neurologist’s opinion at Medanta Hospital in Westlands, and he was diagnosed with the disorder.

“They did a magnetic reasonance imaging scan, and the result confirmed my worst fears, I had epilepsy. Some anti-seizure medication were prescribed, which I carried with me back to Iraq. I had to work to help my family,” Kiserem says.

He, however, quit his job and came back home where he could adequately manage his condition.

Back home, his girlfriend dumped him. “She could not understand that with my condition, I cannot work in risky places such as hotels, because of the heat. The doctor said my seizures were triggered by the heat in Basra. But she said I should hustle like other men,” he narrates, adding “I needed to take time to find a job suitable for me.”

He has since found another girlfriend, who he says, is supportive and understands his situation.

News of Kiserem’s condition shocked his mother, who could not understand what had befallen her son. She would pray for his ‘demons’ to vanish. It took time for her to start viewing epilepsy like any other disease.”

Studies have found out that prevalence of epilepsy is about 20 cases in every 1,000 people. About 77 new diagnoses are made in every 100,000 people every year. These estimates are two to three times higher than in developed countries.

“We also equip our members with skills and training to empower themselves economically through less-risky ventures,” Kiserem says, adding that volunteers are welcome to help start a vocational training institute for the foundation.

It’s through his condition that Kiserem has known about the other side of life. “I would never have imagined that one day I would be sitting with epileptic people because we share a condition,” Kiserem, the third born in a family of five says.

Kiserem admits that for an epileptic person, accessing drugs and enlisting the services of a specialist is expensive. He pleads with the government to encourage university students to take up neurological courses.

Dr Eddie Chengo, an epileptologist, a neurologist who specialises in treatment of epilepsy, defines epilepsy as a brain condition, whereby patients have seizures presenting abnormal behaviour, abnormal sensations or feelings and abnormal movements. 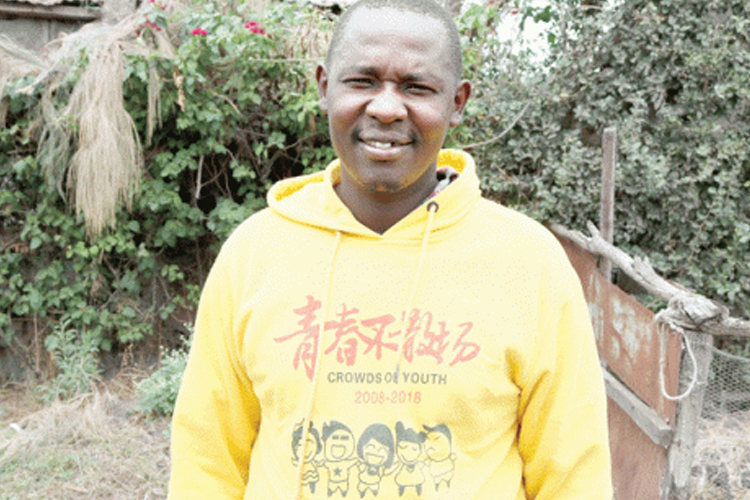 “About one million Kenyans are epileptic. Around 70 to 80 per cent of people with epilepsy control the condition with drugs. One to two in every 100 Kenyans is epileptic,” he reveals,  adding that it’s easy to diagnose convulsive epilepsy, which is one among over 40 types.